The journey of change for Abelé 1757

The journey of change for Abelé 1757 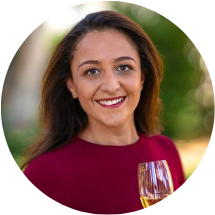 If you have been following me closely, you know how much I love and care for Champagne Abelé 1757. It was originally known as Champagne Henri Abelé and recently, the change to Abelé1757 has emerged.

To be honest, when I first saw the new branding, I panicked. I had spent 6 years building the sales and recognition of Henri Abelé  and now, I had to start again. The other issue is it came with quite a price hike.

I won’t lie, I spent a year being angry about it while obviously still trying to build the brand. It was only now, after visiting Reims and meeting with the incredible team that now runs Abelé 1757 that I understand the change and I’m really happy to share it with you.

Firstly, a little history. Abelé is the 3rd oldest Champagne house of Reims. 5th Oldest in Champagne. Abelé was the pioneer of the frozen disgorge method and was served on the Titanic (so you can really sink a bottle).

It was family owned until 1997. So, without a billion dollar marketing budget behind them like some houses, it wasn’t elevated to the level it really deserved to be at. It’s a small production house of only 300000 bottles (compared to the big brands of over 5 or 6 million bottles of production each year) and the quality has always been high.

I started working with them when Frexinet, the Cava producers owned them. They dedicated some resources to the brand but there wasn’t really a good strategy behind the brand.

Then the Henkell (from Germany) and Frexinet families merged and that’s when Abelé really started becoming neglected. I understand that may sound controversial but for me, that’s how it felt. Communicated started to fall. Henkell was more interested in the Champagne house they already represented, they didn’t even have a Chef de Cave for Abelé.

A year ago, Nicholas Feuillatte purchased the house and so began a huge change in the direction of Abelé. Obviously, the name changed. The label changed. The price went up. A team was dedicated to the success of Abelé 1757. The Sourire de Reims image was taken from the label and replaced with a replication of the cellars. Panic for me ensued…

Now I feel confident in the direction. Abelé 1757 is focused on craftsmanship. It’s focused on collaborating with people that really care and take time to produce their craft. “Take Time” is their moto and it’s something I really believe in, especially when it comes to Champagne. They have employed a young and dynamic Chef de Cave, Etienne Eteneau, who personally I believe, has improved the NV Champagne exponentially. It’s always had this toasty, cinnamon and honey style but now, the minerality and the focus on highlighting the Chardonnay really shines. You can really feel the dosage has lowered and there has been great care in ensuring the quality is now represented in the price. They want the name to synonymous with quality and the kind of Champagne you find in the best restaurants in the world and they have a team and direction dedicated to making that a reality. 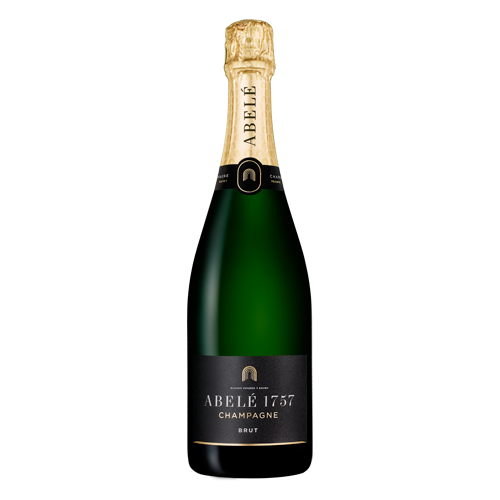 If you like Bollinger Champagne, you will Love this!

Made from the best crus in Champagne, Brut Traditionnel is ready to drink after three years of ageing under ideal conditions, away from light and variations in temperature.